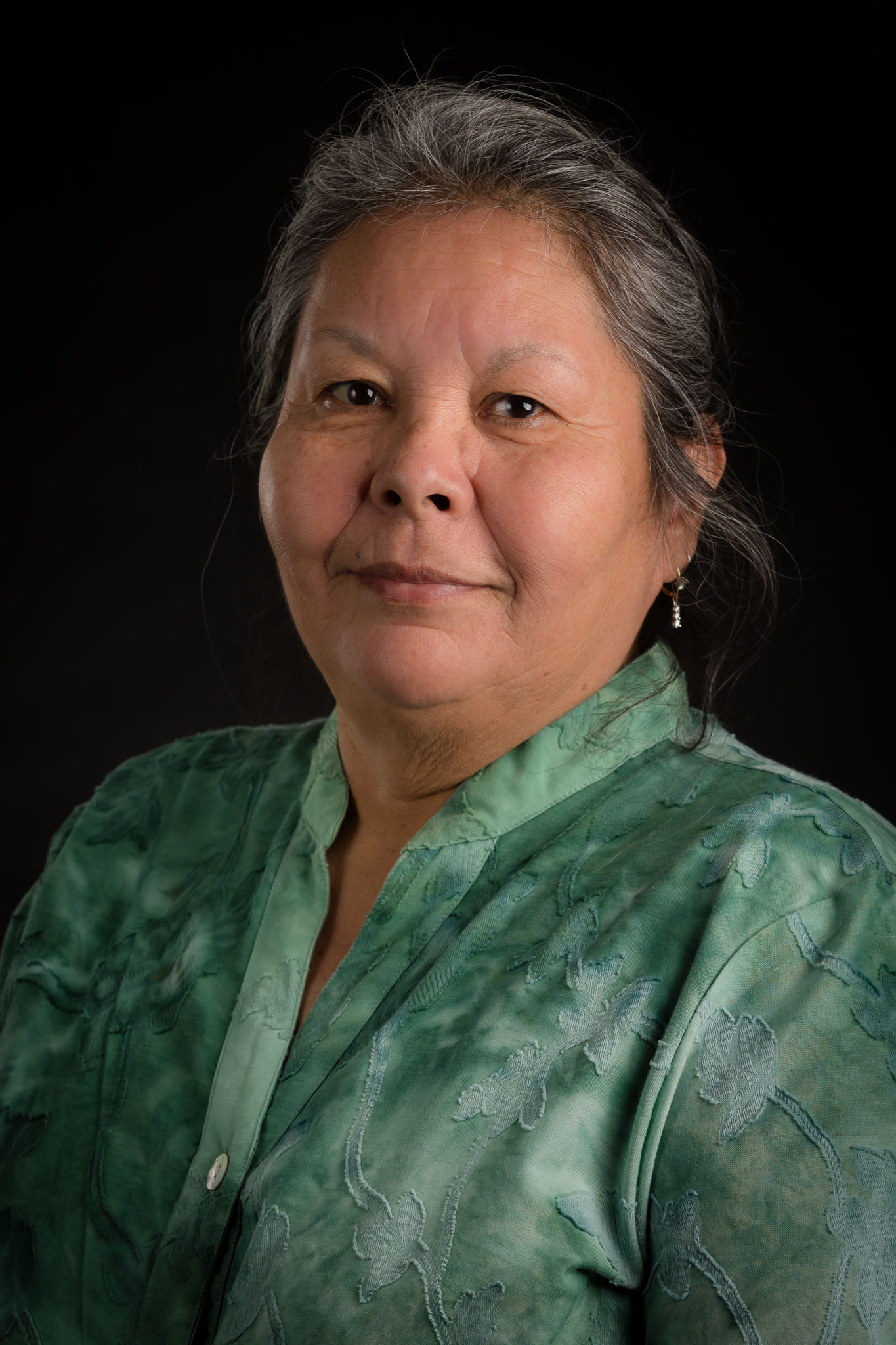 A second-generation basket weaver and member of the Eastern Band of Cherokee Indians (EBCI), Mary Thompson expresses her appreciation for her ancestry and culture through her signature woven creations.

The daughter of Geraldine W. Walkingstick and mother to daughter Sarah, Thompson is the link to three generations of basket weavers.

Thompson, who considers her crafting her “quiet time,” makes old style baskets and reproductions. She also works on traditional stamped pottery.  While she uses white Oak on occasion, she prefers using river cane for single and double woven baskets and wall mats.

In her process of weaving, Thompson thinks of those before her who have made their own woven creations and takes into consideration how they made their creative choices.

“I wonder how they knew which species was best for weaving materials or for dyeing.  I don’t question that the Creator showed them,” says Thompson.

Over the years, Mary’s work has won numerous awards and ribbons. Mary’s river cane double woven baskets with lids have been commissioned and are on display in the anthropology department at the University of South Alabama, Mobile.

Senator Kay Hagan and country singer Merle Haggard have her art.  Her work has been published in the National Basketry Organization’s Tradition & Innovation in Basketry Today Juried & Invitational exhibition All Things Considered, and WNC Mountain Living Magazine (Sept-Oct 2014).  Mary has also taught basketry at the Arrowmont School of Arts & Crafts in Gatlinburg Tennessee, Sequoyah Museum in Vonore, Tennessee and at the Museum of the Cherokee Indian, Cherokee, North Carolina. She has also had the opportunity to demonstrate her technique at the Georgia Art Museum in Athens, Georgia.

A veteran of the United States Air Force, Mary has served four terms representing the tribal members in the legislative branch of Tribal Government. As a mom, gardener, potter and basket weaver, she continues to volunteer in the community and serves on several national and local boards.

Some of Mary’s newest work: